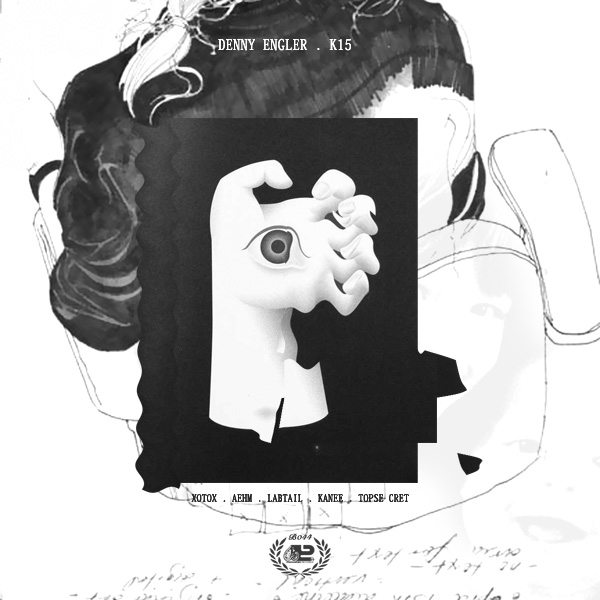 ★ A Sublime 14-Track Mind Blowing Album Journey To Get Involved With!

Featured recently on Progrezo Records with an outstanding single, German talent Denny Engler is one of the tomorrows best artists to watch. Making music since age of 15, he has been influenced by music from some of the world’s best names such as Vitalic, Chris Liebing, Oliver Huntemann, Stephan Bodzin and David Bowie among others.

His third appearing on Progrezo Records is a clear prove of Denny Engler quality skills to produce memorable stuff as K15 does. His solo-artist-debut album is an absolutely music journey from most sensitive fibres as Invaders in Faders and Human are, to undeniable dance-floor pearls as FU! and Never Look Back prove. There are 9-track original productions full of stomped techno beats with driving bass-lines the likes of Appendix, proving Denny Engler himself as a notorious artist with a clear career to remark.

K15 is not a story only, it is much more than this, it is a dream mainly influenced by some closest friends and people around Denny Engler, motivating him to pave the way, encourage electronic music as his passion life and make a dream come true.

Managing a sound from techno roots with some dark brushes, to 80’s dance and why not to say kind of industrial influenced, Denny Engler’s style is prolific but always consequent.

It is and album that not only talks about his music perspective, but a complex and sensitive set of quality tracks including 5-remixer tracks choose based on their own music influences to get a proper journey with.

Xotox was founded as a solo-project by Andreas Davids. The Xotox-sound is adequately described by himself as "industrial for hyperactive people". The debut-album "stueckgut" developed a small cult following, which eagerly anticipated the following releases "epos" and "monolith".

His remix of Denny Engler Appendix proves Xotox industrial but noisy sound as its own, inspired by the original voice and using some stems in addition to his stomped fingerprint to produce heavy noised weights, Xotox delivers an stunning remix as an absolutely pearl that shine by its own, aimed straight to suit hard techno sets and big rooms without doubt. A mad driven atmosphere to enjoy.

Already part of the Progrezo Records family, Aehm is back with another remix stamp reaffirming passion for trippy atmosphere as his Human interpretation does. Here the German rising producer brings another brick to build a solid name within the first-class techno arena with a clear signature by enigmatic atmospheres and solid beats proper on stomped techno sets.

Next on the list is Labtail, a dub-noise project from the east of Germany. Behind the project, the producer Isaac Cash Pulk alias Sascha Paulick is hiding. The roots of the musical components result from Noise, IDM, Dubstep and Trip Hop. His first experiences with electronic music were with a dark-electro band called Night child. After some experimentation, Isaac changed his personal musical preferences mixing sounds from other dimensions to discover an authentic style as his remix of Denny Englers Invaders in Faders proves.

Sweet, subtle but always dynamic, Labtail delivers emotional pads built carefully over broken electronica beats as a memorable masterpiece is. A well crafted atmosphere not only proper on melodic dj sets, but a fantastic pearl with attributes enough to claim forward-thinking compilations around the world.

Long sessions with musicians, DJs and bands have both Trip Hop & Industrial producer Issac Cash Pulk & Patt Smith inspired their own music to perform live. Kanee is a live project set by live synths and controllers, unveiling a sound proper on mad techno stages full of dynamism and tension to the mix. Their pick is Human featuring an unstoppable dark techno interpretation to blow up minds on the fly.

To close with a flourish is Topse_Cret. An old school techno and EBM artist that tweaked knobs to produce a danceable remix of Denny Englers Must. Well crafted techno beats built over sick bass-leads, a series of mad fxs and some delay treatments, bring together a great pearl on versatile Dj sets and quality sound systems without doubt.

Grab your copy as exclusive Pre-Release on:
https://pro.beatport.com/release/k15/1545812

You can stream to Denny Engler's K15 on the Progrezo Records Youtube Channel: