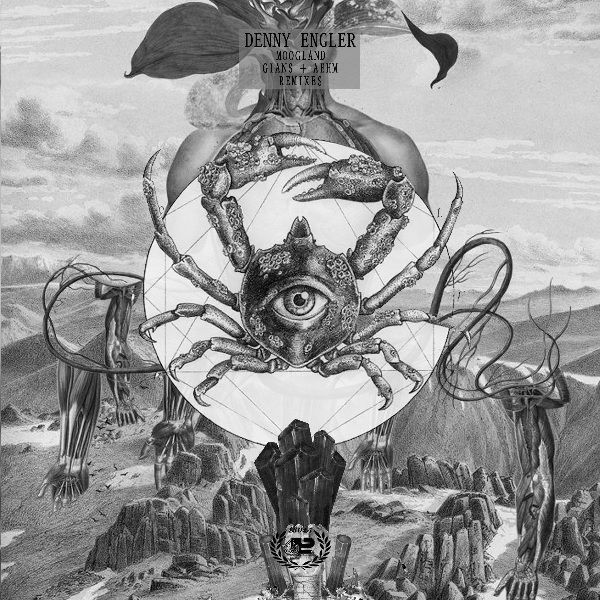 ★ Overwhelming Techno but Electronica Pearls Aimed Straight to Make Tension in the Night!

German talent Denny Engler, featured recently with an undeniable remix of A-Lix’s Soul recognition Soul, is back to Progrezo Records with a two-tracks-debut techno ep, plus two quality remixes by Italian Gians and German aehm to notice.

Denny is a German electronic music producer who started making music at the age of 15 after a friend of him dragged to a techno festival. Influenced by artists including Vitalic, Chris Liebing, Oliver Huntemann, Stephan Bodzin and David Bowie, Denny proves himself within the sophisticated techno stage with a powerful pearl as Moogland is.

There are two versions, both the original and the club edit are outstanding and push edge of boundaries as a memorable pearls in the night. As track named, Moogland drives the train through solid but evolving bass-lines surrounded by majestic keys that seems played with kind of celestial emotion, over carefully well-crafted techno beats to produce such as memorable gem, suitable on quality Dj sets and sound systems without doubt.

On the remix side, the list does start with the Italian talent Gians, featured recently with a massive ep on Progrezo Records to highlight. Born in Italy, Gianluca Spinetti known as Gians has been influenced by sounds from Depeche Mode, Underworld and Pink floyd pushing him to produce an authentic music concept over minimal and techno beats, but dressed with melodic atmospheres as his remix proves. Here the Italian talent delivers a cutting-edge electronica Pearl aimed straight to any kind of dance-floor and quality Dj set. A driven mysterious deep-tech rhythm takes us to a evolving journey by sublime pads and subtle sounds. An unexpected synth-line adds strength enough to the mix as a quite but refreshing wind that slap your mind on the fly. Using some original stems, Gians brings himself into a emotional but always futurist version at most.

The next remix comes from another German talent known as ahem, who after a long process of self-discovery in terms of electronic and guitar based music, marco himself garnered much experience in the areas of sound structuring and producing. he has been influenced by numerous genres over the years - especially in dark ambient, old-school noise/industrial, dark techno, breakcore, glitch, idm as well different wave varieties and hardcore/post-punk.

Field recordings have always been an important part of his own work - you will notice this while carefully listening to each release - as well as the prospects of virtually endless possibilities while dealing with the contingencies of circuit bending and use of analogue synthesizers. he is into data bending - known for his quite sinister ways of transforming available source material. He is also a strong advocate of ephemerality, due to the fact that it reflects all of those things that surround and influence him every day. That being said, it is not only about hacking electronic gadgets or soldering his own synthesizers as being used as a medium or tool, it is actually more about the aesthetic and creative way to find and use sounds for both live performances and producing his music.

When he is not working on his own projects, he is playing keys in a post rock band. Marco is a resident and promoter of several parties in his local music scene for many years. besides this, he is a contributing editor at post-punk.com and other related magazines spreading reviews for both online and offline audiences.

His remix does prove ahem sound as someone who breathes industrial and dark-techno music but with an undeniable punk concept to dress up. Inspired by the original bass and synth-lines, in addition to ahem tech rhythm, brings with a mystic but trippy atmosphere suitable on first-class Dj sets as shaped arrows to the point. Sick sounds layer the journey with kind of immeasurable style.

Grab your copy as exclusive pre-release on:
https://pro.beatport.com/release/moogland-incl-gians-aehm-remixes/1457696

You can stream to Denny Engler's Moogland incl. Gians and aehm Remixes on the Progrezo Records Youtube Channel: