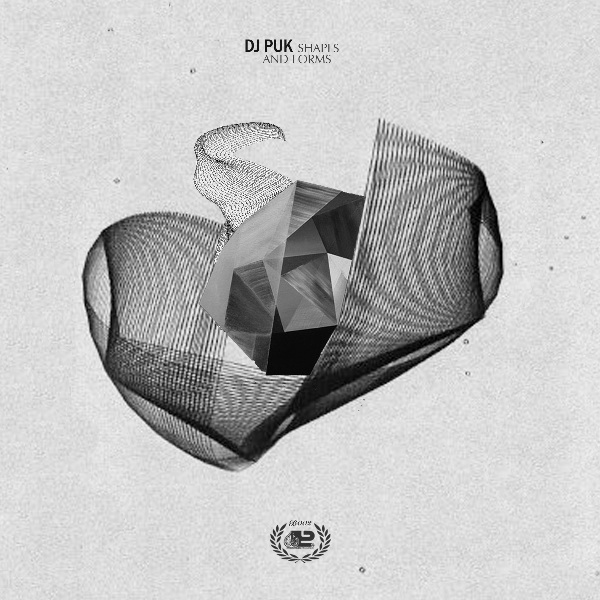 ★ Huge Electronica Pearls with Qualities Enough to make Difference on the Dance-floor !

Dj Puk was born in a small town in the northern Italy. He began to play his turntables when was 16, and at the same time he started to express his creativity as a record producer. Cubase was his first love, and since then, he has never stopped using it. Nineties were fundamental to him, since he was able to distinguish himself from the other local Djs, who were hold to commercial and radio-broadcasted music. He developed his passion for the European Techno thanks also to the work than takes him to travel around Europe.

Fundamental to him was his encounter with the Djs Phil Delcorso and Renton, with whom he has played many times in several clubs of the province, promoting alternative electronic parties. Cooperating with Renton, He began a new project called David Hofmann, chiefly focusing on neotrance, electro and Idm music.

In 2009 release his first single Jade, this track is a neo-romantic vision of techno, is an 8 minutes voyage through both hypnotic and emotional melodies injected with pathos, and inclined to the dance floor. In following years publishes several EP and Remixes cooperates with Smiley Fingers, Orion records, Aquavit records, Progrezo, Micro Digital Records till the Italian Mazoom lab.

In 2011 appears for the first time on a vinyl label near John Tejada on consolidated Aquavit Records. Under the pseudonym David Hofmann the duo release singles on Wide Angle Recordings, Cinematique, System, Inlab and Detuned Recordings, on latter remain label manager for a few months.

His tracks are receiving increasingly positive feedback from artists like as John Digweed, Hernan Cattaneo, Funkagenda, Osunlade, Murray Richardson, Dosem, Mario Piu and many others.

Back at Progrezo Records after 2 years of a massive ep release followed by a solid remix to Russian rising talent Mauro Norti, DJ Puk delivers two huge electronica pearls with quality enough to stand up the dance-floor as his 'Shape and Form' ep proves.

As ep’s named and shining by its own, 'Shape and Forms' takes us to a sublime dimension built with well crafted bass-lines over solid moderate deep-tech beats, surrounded by subtle but always solid pads, mystic keys a trippy synth-line and some mad vocals to blow up your mind on the fly !

On the flip side DJ Puk brings a more dynamic electronica pearl as ‘Dream’ is. Here the Italian rising producer push edge of boundaries with an undeniable masterpiece that will round top DJ cases and charts without doubt.

Grab your copy as exclusive pre-release on:
https://pro.beatport.com/release/shapes-and-forms/1398577

You can stream to DJ Puk's Shapes And Forms EP on the Progrezo Records Youtube Channel: