Ort
In memories of Nexus 6 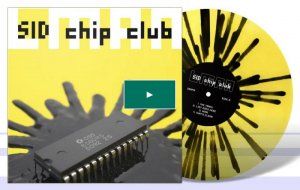 8 Techno and House tracks, produced on and recorded from the Commodore 64 home computer. Released on vinyl record and on c64 cartridge.

The SID Chip club is my new album featuring techno and house tracks, played back by a 1980s Commodore 64 home computer.

The limitations of that machine and its legendary 3-voice sound chip called "SID", combined with some nifty programming, result in a special kind of sound. All tracks will be recorded from a real C64 with the 8580 sound chip.
Zum Vergrößern anklicken....