Alan Mille 'I Know You Got Soul' + Remixes 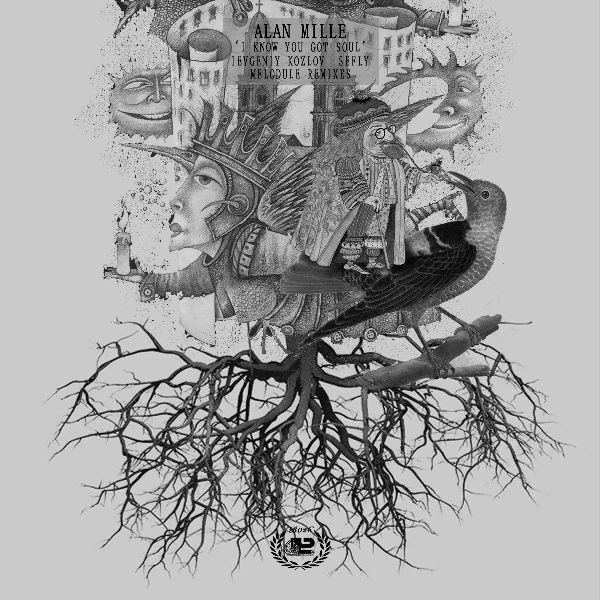 Jack Sokolov better known as Alan Mille is a techno producer from Belarus, featured already within Progrezo Records family with not only outstanding releases but a series of upfront remixes to highlight.

There is a notorious symbiosis between different electronic music styles thanks to his desire and ability to experiment with new sounds. Driven from melodic-techno to Electronica, Alan Milles sound blends quality broken beats with sublime melodies to blow up quality electronic music lovers as his new single I Know You Got Soul is.

Here the Belarusian DJ and producer push edge of boundaries within the finest melodic-techno arena as a notorious music producer to put an eye on. His new single I Know You Got Soul is such an epic Pearl, driven from minimal-organic textures over well crafted deep-tech beats and evolving bass-lines to majestic electronica atmospheres that take us to a sublime journey full of emotion as Alan´s fingerprint.

Second on the list is the Ukrainian talent Ievgeniy Kozlov, who is gaining an army of followers around the world due to not only outstanding originals but well crafted remixes as his I Know Your Got Soul interpretation. Here Ievgeniy proves himself as an upfront producer with quality skills to produce such pearls inspired by the original spirit but dressed in an absolutely mind-blowing electronica version taken from a Burton´s film.

Next on the list is Sefly, a French producer who brings out a forward-thinking version of Alan Milles I Know You Got Soul pearl with attributes enough to suits modern but much more conceptual Dj sets without doubt. Built over a midtempo beat, Sefly delivers a solid arrow straight to the point, full of emotion, dynamism and the keeping the original spirit as a first-class remix must-have.

Last on the list is Melodule aka Benoit Carreau from the band Les Limaces, who thinks technology is poetic and art is electronic. He says Imagination is my limit. Melodules music is not only to be listened to, it is also to be seen. It is dramatic and visual. It is alive. Presented in collaboration with VJ Homing, a touch of his nimble fingers is enough to make his sound modules vibrate. They light up following the chords of his artful tracks.

Melodule got rewarded in 2012 as the 3rd price at the Roland Synthesizer Contest. That gave him the possibility to play his first live gig at the one and only Mutek Festival in Montreal. In 2013, Melodule got a grant from The Canada Council for the Art to work on a interactive dance project named Murmuration.

Stumped, his first album, was released soon afterwards in 2013 on Cliche Musique and distributed by Universal Music Canada. Following a series of achievements under Melodule´s belt, 2015 does start with an outstanding broken-beat Electronica remix to perform quality ears and high-end sound systems without doubt. Inspired by the original synth-lines and chords, Melodule adds strength enough to the mix with a well crafted guitar play, driving the train through evolving bass-lines and solid beats to make memorable in the night.

Grab your copy as exclusive pre-release on:
https://pro.beatport.com/release/i-...evgeniy-kozlov-sifly-melodule-remixes/1458984

You can stream to Alan Mille 'I Know You Got Soul incl. Remixes' on the Progrezo Records Youtube Channel:

Alan Mille 'I Know You Got Soul'
https://www.youtube.com/watch?v=XfT1Pi78M3w

Alan Mille 'I Know You Got Soul Sefly Remix'
https://www.youtube.com/watch?v=7dItEVVFS_A