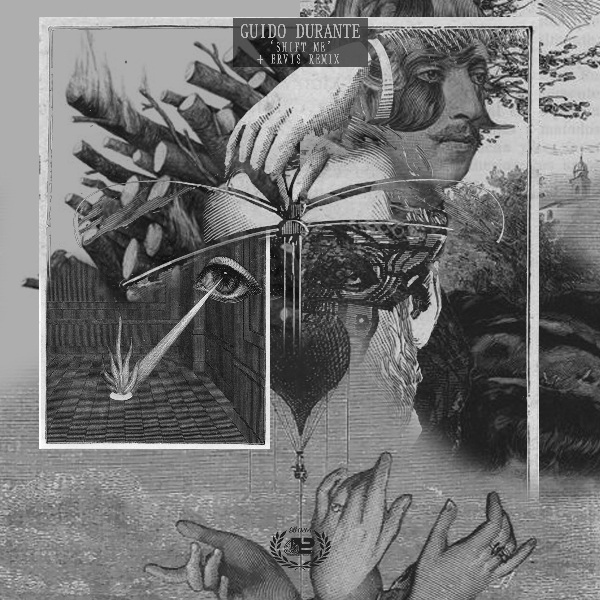 Italian Guido Durante is back at Progrezo Records featuring an absolutely techno bomb as Shift Me is. Always passionate about music, he developed a strong interest for electronic sounds thanks to the mid-nineties productions, discovered when listening to radio stations and some mixtapes of the most popular clubs in the area borrowed from older friends, pushing him to start piano lessons and practising with decks and records.

It was only a matter of time before he got into some basic audio software, encouraging him to learn how to produce his own music. He made a lot of experiments at his place, but it was in 2006 when he became friend to Dj Mattia Evo to began work properly. Together they opened and shared a studio located in a professional structure, bringing Guido a strong flow of productions and remixes featured already on several labels.

Guido Durante’s Shift is a quality - deep sometimes introspective - techno Pearl produced with a completely clear sound inspired by techno beats and some delayed synth plays, built over evolving bass-lines and hypnotic voices to blow up your mind on the fly. This a key gem to warm-up a huge dj set in the night.

On the flip-side there is a new Italian talent on the label’s family as Ervis, who delivers an absolutely shaped arrow to the point as his remix proves. Well crafted techno beats inspired by some original synth-lines and voice shoots drive the train over a solid motorway aimed straight to make tension to the mix without doubt. Here is an outstanding gem to get a proper fresh air not only when dawn but in dusk.

Grab your copy as exclusive pre-release on:
https://pro.beatport.com/release/shift-me-incl-ervis-remix/1501211

You can stream to Guido Durante's ‘Shift Me’ incl Ervis Remix on the Progrezo Records Youtube Channel: