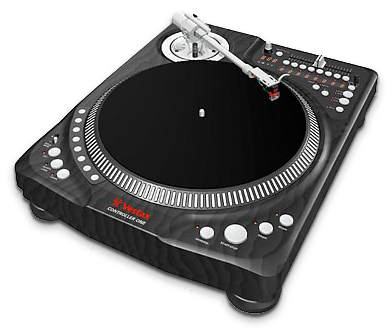 Just when you think vinyl is on life support and has a DNR signed by all the manufacturers, Vestax storm through the doors and resuscitate it for one last spin. Nothing has caused quite a stir like the Controller1. Previously known as the Melody, this lump of shiny Japanese loveliness has got the attention of all the technology sites and you might as well join in the fun as well.

And so onto another bout of language translation madness:

The stylus tracing, it performs by rotary speed and the fact that direction is operated the sound which the pickup is done as a sound generator, the new musical instrument.

* Measure or it can equip the SCALE BUTTON which, can do to adjust to the pitch speed which is adjusted to the minor scale, instantaneously the fader of phaseless type control pitch - with can perform with change.

* With optional foot volume, also it is possible to do SCALE pitch play.

* It equips fine tuning volume and must adjust to the piano on site adjustment is possible even with the scene.

* If it makes normal "PITCH" mode, the fader - it becomes stepless floor control pitch, maximum variable width it is possible to choose from the ±8 ±10 ±60.

* Loading the pitch LED display of 7 chapters whose recognizing/admitting characteristic is high.

* It equips also pitch bending, sharp of semitone width and changing the pitch speed of flat are possible.

* At the time of scale pitch mode, it is possible to adjust the display of keynote to the musical interval (musical interval which with ±0 is cut in record) which has been output really.

* In each button, the scale the pitch functional attachment which memory can make pitch speed unrelated."

And for a more detailed explanation of just how the Controller1 works, check out the image on the left - just click for high res.

In all honesty, I think we're talking about limited appeal with this. Sure it's an amazing feat of engineering and true out of the box thinking but with a price tag of around £1000 for one (let alone a pair), there's only a handful of people who've got the cash and necessary skills for to do the Controller1 justice - and some of those people will probably get one for free anyway.

Hats off to Vestax for pushing the boundaries again. But can we now have some gear for the rest of us please. 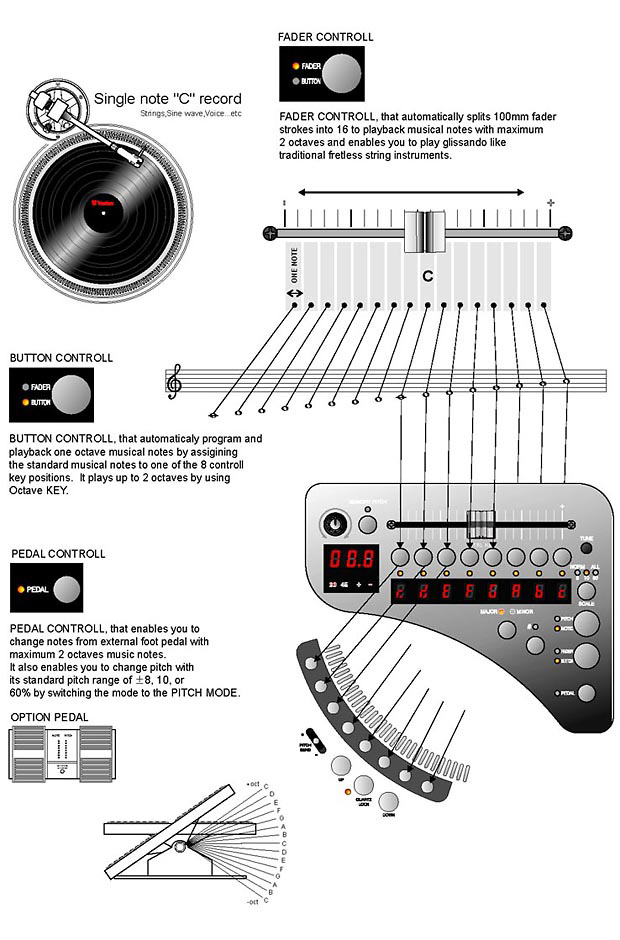